By using fluorescence quenching technology, explosives trace detectors can detect explosives without radioactive sources, by which avoiding causing harm to operators, passengers as well as the environment. The device itself will not become a threat if lost.

Easy to use, no warm up. Also the detection can realize continuous detection and automatic inspection.

Weight no more than 1.1 kg with battery, the device is small and light. It is convenient to carry and test on the spot.

It can work immediately when the power supply is connected. Can detect out whether explosives are stuck onto the detect objects when
snuffing.

This instrument uses the color and touch screen and the display interface which can be used to check the instrument's working status. Also self-test and improper status prompting function included. 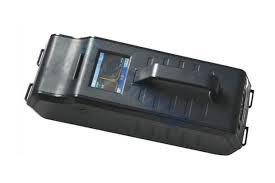